Sir Alfred Chester Beatty (1875-1968) was one of the greatest collectors of the twentieth century, and an extraordinary friend to Ireland. As a young mining engineer in New York, Beatty was already a discerning collector of European and Persian manuscripts as well as Chinese snuff bottles and Japanese netsuke.

It was in the decades following his relocation to London in 1913, however, that he built the greater part of his collection. During a family trip to Egypt in 1914, he developed a fascination for Islamic manuscripts, while a journey to Asia in 1917 added Japanese and Chinese painting to his interests. His eye was drawn to rare books, richly illustrated material, fine bindings and calligraphy, but at the same time he wrote of his commitment to preserving texts for their historic value. Beatty returned time and again to Egypt, and it was there that he acquired his outstanding biblical papyri in the 1920s.

Beatty’s collection developed over his lifetime and so, by the time of his death, he had assembled not just exceptional Islamic, East Asian and biblical manuscripts but also important Persian, Turkish, Armenian and Western European holdings as well as Burmese, Thai and Nepalese manuscripts. Despite the diversity of the material he acquired, the collection is unified by Beatty’s desire to seek out objects of the greatest rarity and finest quality. Bequeathed by Beatty to the Irish nation—and today housed in the Chester Beatty in the grounds of Dublin Castle—his collection is a resource for scholars as well as a leading cultural attraction, enjoyed by visitors from Ireland and from around the world.

We are seeking to better understand the history of the collection and contextualise Beatty’s collecting throughout the first half of the twentieth century.  That work is already underway through a process of rigorous provenance research, and by working with national and international scholars on various research projects. There are some resource challenges for us, but we are committed to the process and as we make progress we will continue to update our website over the coming months and years. 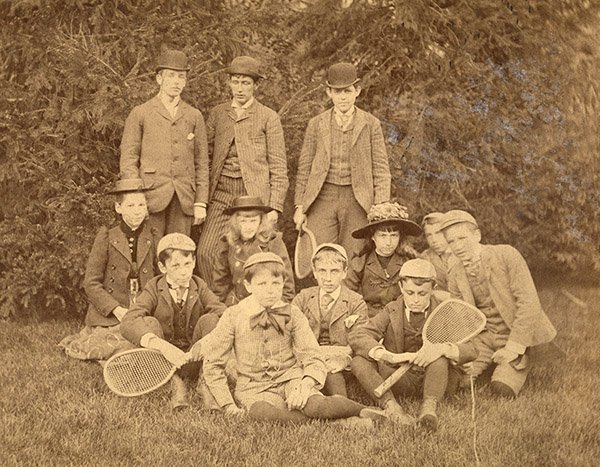 Chester Beatty was born in New York into a middle-class family, the youngest of three sons. His father’s parents were Irish, while his mother was from a long line of pioneers the earliest of whom had arrived in America in 1650. 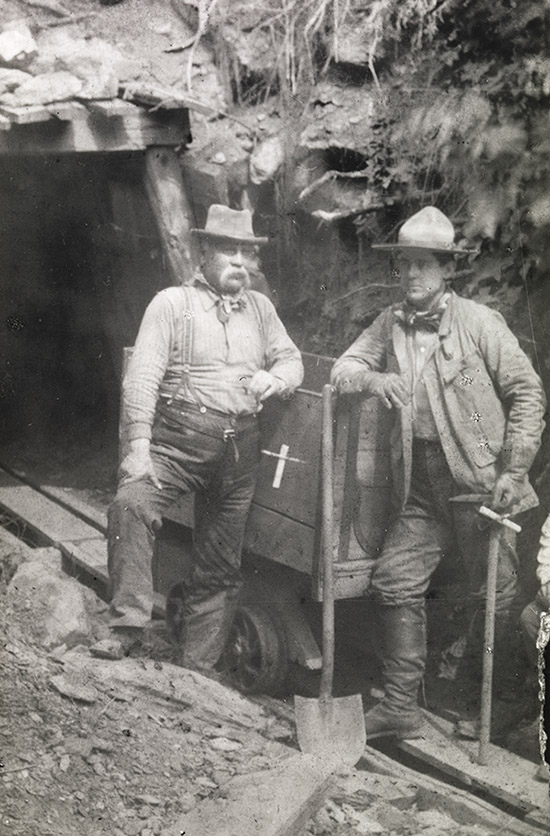 Beatty (on the right) graduated from the Columbia School of Mines and in June that year he arrived in Denver, Colorado. he started out as a labourer, a ‘mucker’, shovelling rock at a tiny gold mine called the Kekionga in the Rocky Mountains earning 25 cents a day. Bright and ambitious, he was quickly promoted to mine superintendent. He turned it into a profitable operation and was offered a job as a consultant on a nearby mine where he struck ore and soon had more work than he could handle. 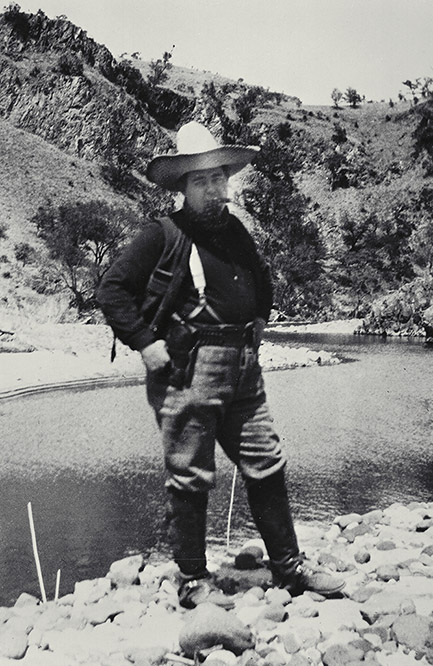 Beatty joined the management team at the Guggenheim Exploration Company (Guggenex). A clause in his contract allowed him to participate financially in any mines assessed for the possibility of purchase. Through these dealings he was a millionaire by the age of 32. 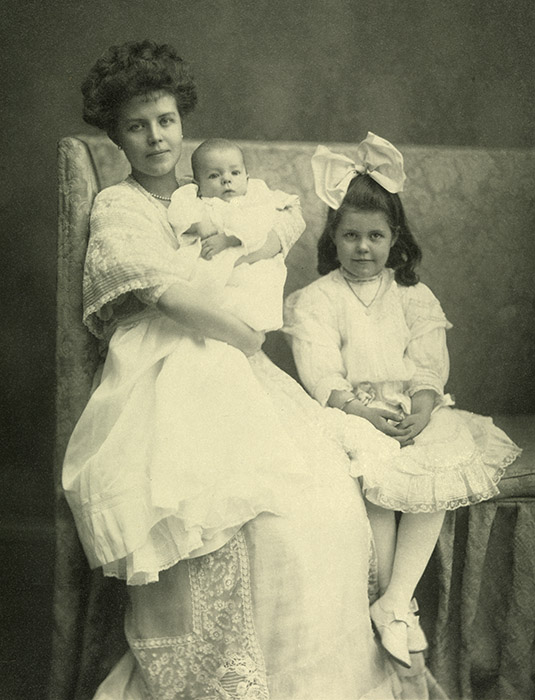 Chester Beatty left the Guggenheims and set up an office in New York City as an independent mining consultant. He set up home with his wife, Ninette, daughter and new-born son in a house on the fashionable East Side of New York. They had a very comfortable life with a staff of servants, two motor cars, and a chauffeur on call, although Beatty travelled extensively for his work.

Beatty’s life took a dramatic turn when his wife Ninette died of typhoid fever in March 1911. At this time too he discovered he had silicosis of the lungs, the result of a decade scrambling underground. 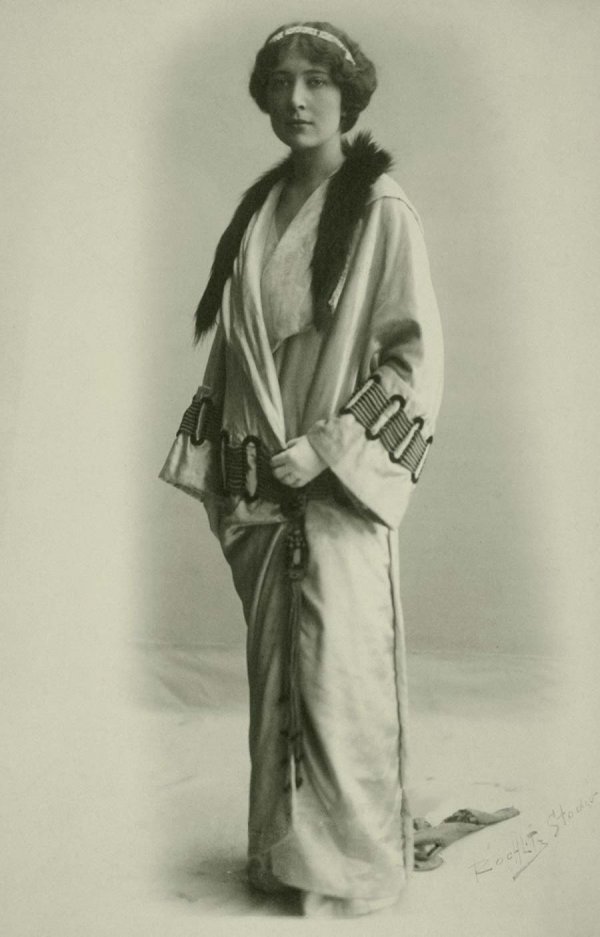 In summer 1913 Beatty arrived in London with his children (little Ninette, then aged twelve, and Chester junior, aged six). Keen to search out mining prospects globally, it was perhaps inevitable that he would leave New York but the loss of his wife undoubtedly hastened his plans. On 21 June 1913 he re-married, to Edith Dunn a divorcée from New York, in a quiet private ceremony and the family moved into Baroda House, 24 Kensington Palace Gardens. In the years that followed the Beattys travelled extensively, frequently returning to the US for social and business reasons. They were also prominent members of London society. 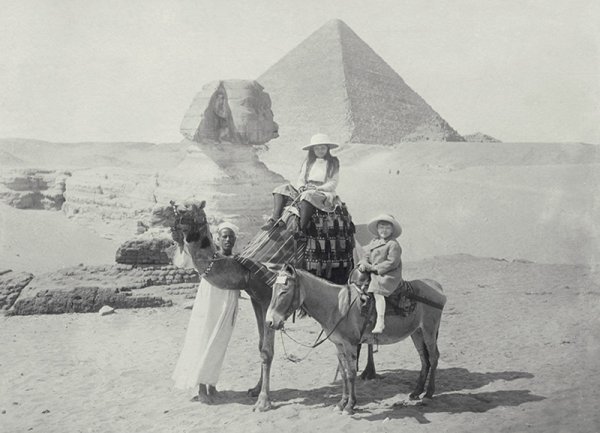 Beatty founded his own mining company in London, Selection Trust. It became an enormously successful group of companies with interests in many countries including Russia, the Gold Coast (Ghana), Sierra Leone, Northern Rhodesia (Zambia) and the Belgian Congo (DRCongo). It was during this prosperous period that he built the greater part of his collection. A family trip to Egypt early in 1914 stirred his interest in Islamic manuscripts. The dry climate suited Beatty’s lung condition, and he and Edith continued to spend winters there until the outbreak of the Second World War. 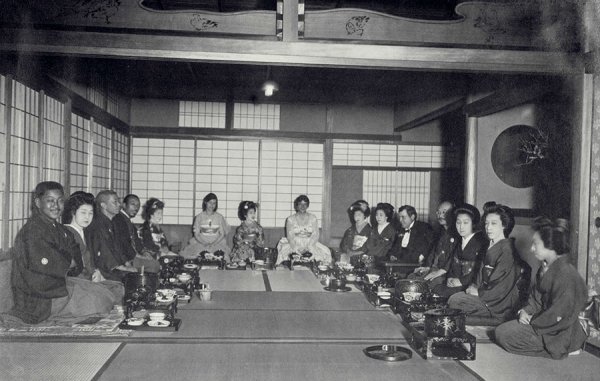 Recovering from a severe bout of pneumonia and Spanish ‘flu, Beatty visited Asia and this trip deepened his interest in Chinese and Japanese art. While there he bought numerous painted albums and scrolls and in the following years he continued to acquire Chinese and Japanese paintings, snuff bottles and Buddhist scrolls. 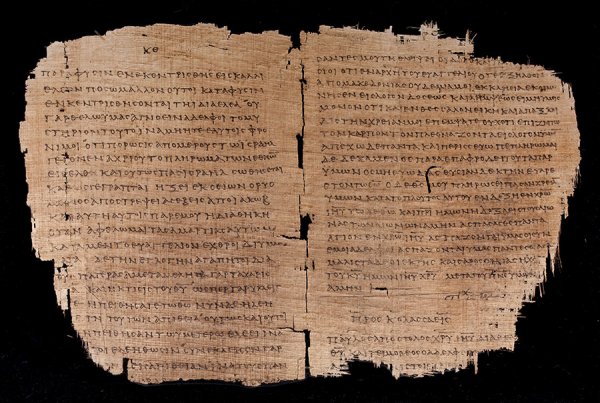 The London Times announced Chester Beatty’s important acquisition of Greek Biblical papyri said to have been found on the banks of the Nile, and the story was syndicated all over the world. 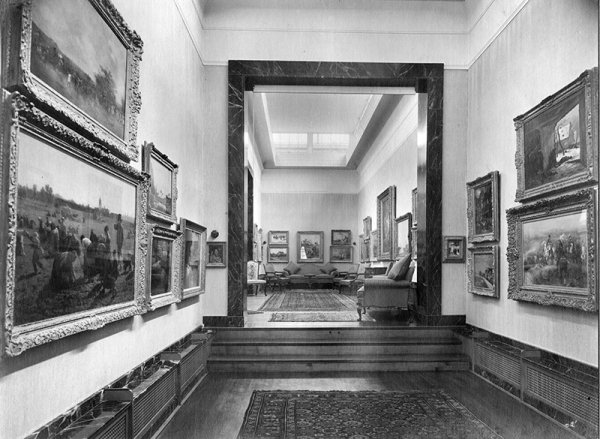 In 1934 Beatty converted the stables and mews buildings of Baroda House into a library. A year later, he built a picture gallery to house his collection of paintings and link the main house to the new garden library. By this time his wife Edith was buying Impressionist and Post-Impressionist paintings as well as French furniture, sculpture and other artworks. 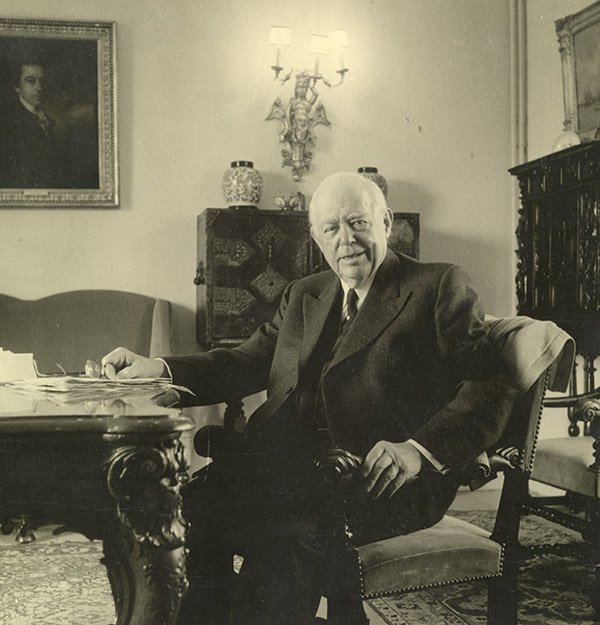 In 1950, Chester Beatty relocated to Dublin, bringing his collection with him. It was a major decision on his part, and the reasons usually cited are his frustration with post-war Britain, with its heavy taxation and foreign currency restrictions. There were other, personal, considerations: he was of Irish heritage on his father’s side and his son had bought a house in Co. Kildare. Moreover, at 75 years of age, Beatty was also seriously considering long-term plans for his collection and how he might develop what had thus far been a private passion into an enduring legacy.

From the moment he arrived in Dublin, Chester Beatty was planning the construction of his new library and gallery to house and display his collections. His purpose-built library in Shrewsbury Road opened in 1953, first for researchers and later to the public. In his speech at the opening, the Taoiseach (Eamon de Valera) said: ‘thanks to Mr Beatty, this library will be a mecca for scholars for generations to come’.

In 1954, he received a belated knighthood for his wartime services to Britain. 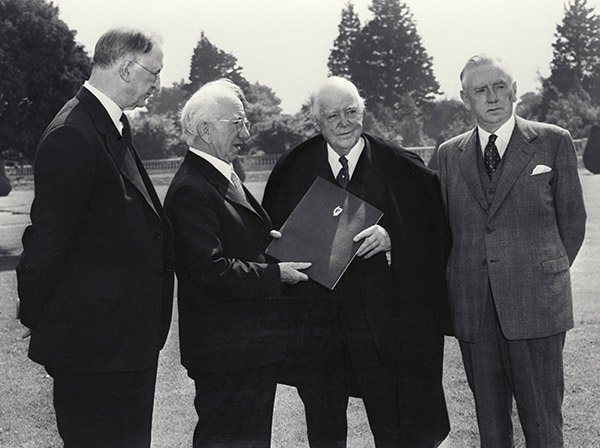 He became the first honorary citizen of Ireland. He continued to acquire throughout the 1950s and well in the 1960s, adding important Ethiopian manuscripts and Japanese printed material to the collection. 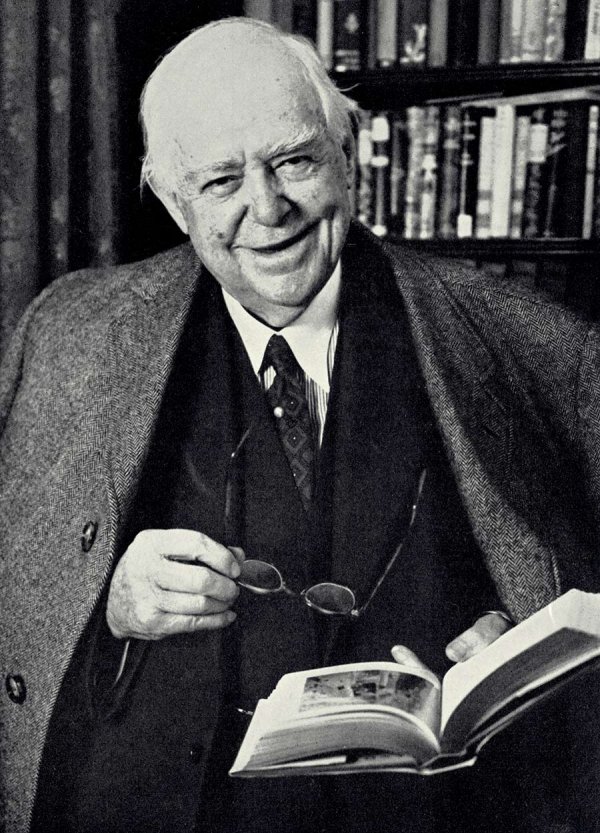 Chester Beatty died and was the first Irish citizen to be awarded a state funeral in Ireland. At his funeral service in St Patrick’s Cathedral, Dr George Otto Simms (Church of Ireland Archbishop) described him as a ‘Prince among benefactors, a philanthropist, patron of the arts, and industrialist who became a world figure, and a lover of Ireland’.

We use cookies on our website to give you the most relevant experience by remembering your preferences and repeat visits. By clicking “Accept All”, you consent to the use of ALL the cookies. However, you may visit "Cookie Settings" to provide a controlled consent.
Cookie SettingsAccept All
Manage consent

This website uses cookies to improve your experience while you navigate through the website. Out of these, the cookies that are categorized as necessary are stored on your browser as they are essential for the working of basic functionalities of the website. We also use third-party cookies that help us analyze and understand how you use this website. These cookies will be stored in your browser only with your consent. You also have the option to opt-out of these cookies. But opting out of some of these cookies may affect your browsing experience.
Necessary Always Enabled

Performance cookies are used to understand and analyze the key performance indexes of the website which helps in delivering a better user experience for the visitors.

Analytical cookies are used to understand how visitors interact with the website. These cookies help provide information on metrics the number of visitors, bounce rate, traffic source, etc.

Advertisement cookies are used to provide visitors with relevant ads and marketing campaigns. These cookies track visitors across websites and collect information to provide customized ads.

Other uncategorized cookies are those that are being analyzed and have not been classified into a category as yet.